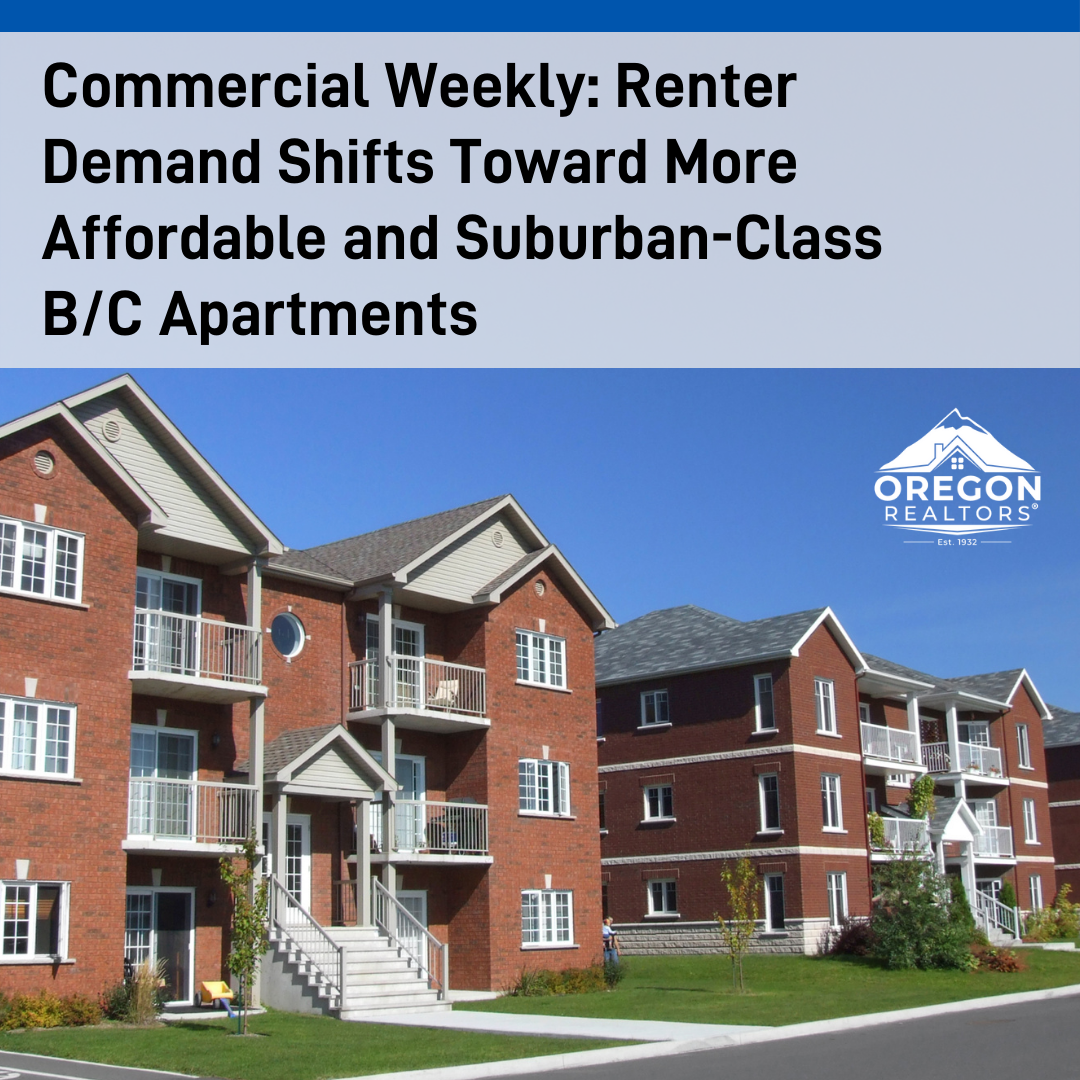 The apartment demand that has surged during the pandemic continued to soar to a decade-high level as of 2021 Q3, with net absorption of nearly a million units (932,910) since 2020 Q2 and nearly a quarter of a million units in the past 12 months as of 2021 Q3. The vacancy rate has fallen to a decade low of 4.5%, and the asking rent has soared to a historic high of 10.5% as well.

The demand for apartments has soared amid strong price growth, with double-digit price growth in the median single-family existing-home sales price in the second quarter in 94% of 183 metro areas. In the western half of the country, owning has become unaffordable compared to renting. For example, in San Jose, the monthly mortgage is $6,400 which is 2.4 times the monthly rent of $2,750. Most of the affordable metro areas for owning a home are in the eastern half of the country (Midwest, South, Northeast regions).

Class B Apartments Share of Net New Absorption Rises to 37%

Class A apartments tend to be located in the central business districts, so the declining share of Class A apartments is indicative of the shift toward suburban markets and away from the central business district with people working from home. Another reason for the rising share of Class B apartments could be the cost of rent, as Class B units are cheaper than Class A units by about $500. Renters tended to look for more affordable apartments, given the risk of unemployment during the pandemic period.

There’s a huge demand for apartments in the New York-Newark-Jersey City metro area with the vacancy rate at 2.5% and in Northern New Jersey at 3.6%. Cap rates (return on investment) are currently at 5.8% in New York and 6.2% in Northern New Jersey, which make investing in these markets more favorable compared to, for example, the West metro areas of Orange County and San Diego where cap rates are at about 4% or in Austin, at 3.9%.